Margaret River in the early years wasn’t the most enticing of destinations. Conditions were harsh and people volatile.

Those living in Hamelin Bay and Karridale were no exception. Even the police stationed at Hamelin Bay often complained about their crappy accommodation and the moving sands that would find its way into their rooms.

In 1903 , the Karridale locals welcomed a new officer into their community. Enter Constable Love. Constable Love had only been there a short time before his unlikable personality began having ill effects. He soon became the most hated man in the region. Truly loathed.

I don’t know what he did to rattle the locals but they were determined to make his life a living hell in a very poetic way. Think of it as the earliest record of post-it notes.

Woodcutters, during their daily felling, would often take time out to write a little descriptive note of hate (directed at Constable Love) and then stick them on the jarrah trees.  The forest was evidently full of these notes.

In a last ditched effort to oust this constable a person known only as “Karridale Con” sent a no holds barred letter to the editor of the Sunday Times newspaper in 1903.

Needless to say, the much-hated Constable Love was transferred soon after.

Letter to The Sunday Times Editor

And here it is … the letter to the editor appeared on page 10 of the Sunday Times on 6th of December, 1903.

More About Love – Another Cry From Karridale

Another letter comes from Karridale apropos of Constable Love. The writer calls himself “Karridale Con” inquires in somewhat pathetic language what the Karridale workers have done to deserve such an infliction as Love being stationed over them.

“He is arrogant, lying, interfering, utterly objectionable hog,” says Con, sliding gracefully into a compliment. “he is detested by all unlucky enough to have any sort of relations with him. The people living on the Davies Company’s concession, to the number of about 600, simply loathe the man.

Their aversion so great that they have got into the habit of writing it down on paper and sticking it on jarrah trees – walk along one of the company’s timber lines and you will see a number of these documents embellishing various parts of the landscape.

Love hasn’t been here long – he is stationed at Hamelin, which is two miles from the company’s head office – but he has made himself so much disliked that he can hardly be disliked any more, and in the interests of a decent hard working population, who were mild and charitable before he came among them, it is only to be hoped that he will be contingently sacked or transferred to Eucia, or sent back to Ireland or otherwise disposed of so we may rid him without any unnecessary delay.

The Times may help us anyhow, by publishing this letter.”

Our sentiments about Love being known there is no occasion to refer to “Karridale Con’s” letter except in one particular – the singular habit of publishing uncomplimentary opinions about Love to the elements.

There is a melancholy kind of humor in the idea of a big , hairy woodcutter wrestling out a few sentences of vituperation, and going, with mollified spirit, to gum them on a jarrah tree. Recalls a tag from “As You Like It” – Hang there, my verse, in token of my love.

Not John Hop Love, be it noted. Shakespeare wasn’t acquainted with that person and didn’t imagine any indignant axeman recording unfriendly sentiment about him on a tree. His was another sort of Love altogether. Anyhow seeing Karridale is suffering from a violent outbreak of prose and verse regarding its Love, which is an extreme sign , it is time he was booted on to another station, or bunged out of the force. 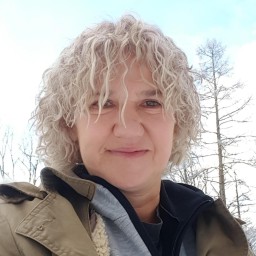