The Hamelin Bay Jetty is located on the south-west coast of Western Australia between Cape Leeuwin and Cape Naturaliste.

The original jetty was 600m long and was capable of berthing three ships at a time. The ships were loaded using steam cranes. Hamelin Bay Jetty was built in 1882 by the M.C.Davies Karri & Jarrah Company Ltd to service the local timber mills. The company also built the Flinders Bay Jetty in Augusta to use during the winter months, as it was protected from the westerlies, the winds which made Hamelin Bay so treacherous. 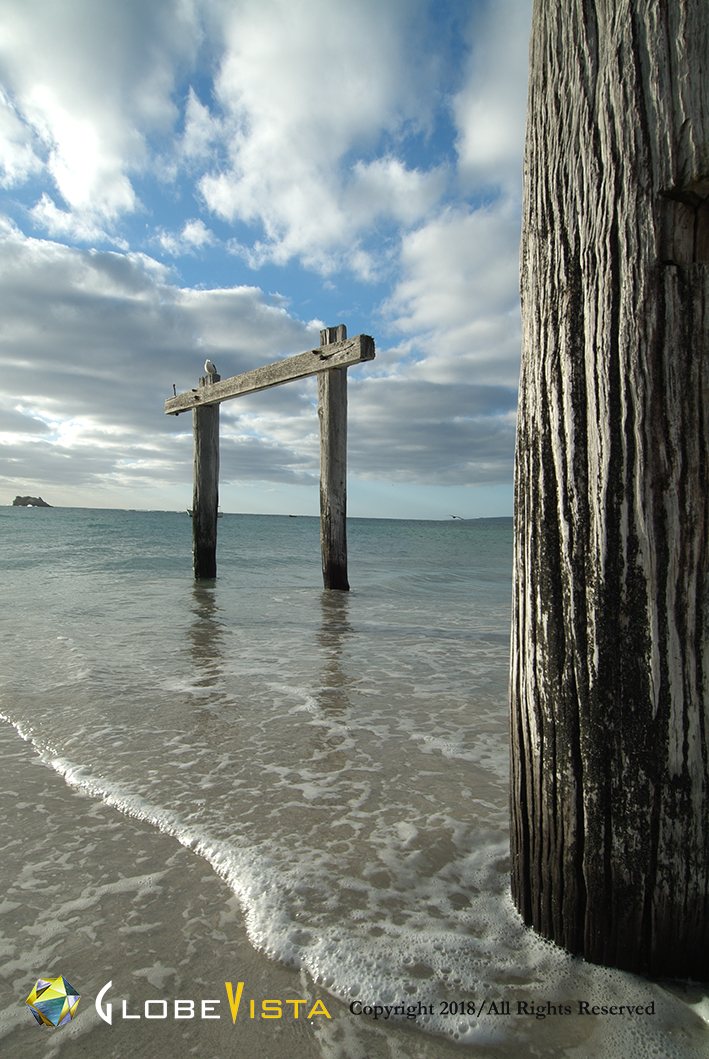 The M.C. Davies Karri & Jarrah Company Ltd operated in the nearby Boranup Forest.  The Karridale Mill provided timber for the waiting ships via a railway line. The railway (3’6″gauge) ran the complete length of the jetty, where cranes would unload the timbers directly from the carriages onto the waiting ships. The timbers were then sent around the world and often used in road and wharf construction.

In its heyday, the area was a popular recreational destination for the timber workers who would swim and fish off the jetty. M.C. Davies often held boating regattas in Hamelin Bay, providing some welcome light relief from the heavy work.

Today, only a small section of the jetty remains, a sad reminder of a once busy port. It is the breathtaking backdrop at sunset and a fantastic photo op. Keep an eye out for the friendly Hamelin Bay stingrays that frequent the waters.