Tanya has over 30 years experience in the media industry, specializing in commercials and documentaries. After completing a Bachelor of Arts (Media Studies) in 1988, Tanya immediately started working in a production Company as a producer and assistant to the director on major commercials including R&I, Western Australia Water Authority and Quit Smoking Campaigns and corporate documentaries, including West Australian Gold Corp, Stratco Steel,  West Australian Ministry of Education. .

She was the main cameraperson for the filming of the construction of the H.M.S. Endeavour Replica .

She has produced and directed projects in over 25 countries, developing skills in marketing and communications across a number of languages and cultures. She has worked for both  ABC and Channel Nine networks producing both documentaries (World Video Atlas)  and a global magazine series for young people (Over The Hills And Far Away). 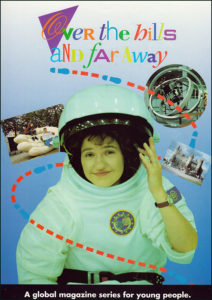 In 2000 Tanya and Aidan Montague co-founded GlobeVista, focusing on the development of content for Interactive Television.

The first GlobeVista project was the World in Digital  ITALY documentary and an Interactive Television and E-Learning prototype. From this content, and content collected from past projects, Tanya developed the GlobeVista World in Digital web based platform for the supply of still and moving digital images to the corporate, private and education markets.

Other projects Tanya has developed include:  “My Place in the World” project (in association with the Western Australian Education Department and Celebrate WA.) The writing and creating of over 50 GlobeVista websites.  These websites showcase GlobeVista’s content library, including nature, history and public art.